This is to the precious souls I met while traveling or living abroad. To the laughter, to the tears. To the together-being-upset-about-something and the times where we were happy for something together. I am thinking of the people I met abroad who were happy but also the ones that weren’t content. I remember those I had great, deep conversations with and I remember those with whom I disagreed. After so many encounters, I remember those I still keep in touch with, and I remember all those I never heard anything from again.

I will never forget how I swam in hope whenever the rare occasion of really connecting with someone occurred. When someone built a dam to stop my waterfall of doubts over various things. Most of all the doubt that it’s so hard to meet people who “get you”. This is to the people who didn’t build down the hope in me but made it grow, watered it. People who, I realized, looked in the same direction as me and believed that humanity still has potential. That life always has a chance. Love, too.

To Hardship and Pain

Because why would there be hope if there were no hardships? I think of those who were ready to be vulnerable. Those who showed genuineness and authenticity. People I met abroad who were grieving and after many years still carried the pain of loss. People I could be vulnerable with too. This is to understanding ears and empathetic souls. To pain. Because “pain demands to be felt” (John Green). The difficult seasons that were shared between us I carry like a pearl necklace that has its own immense worth.

To Disappointments and the Unexpected

To moments that were both pleasant and less pleasant surprises. Without these, my dreams wouldn’t have multiplied and inspiration wouldn’t have sparked. This is to unexpected questions and answers. Unexpected invitations and goodbyes. Surprises that I’ve never dealt with before, that taught me how to do so. To feeling at ease. I remember feeling at home in someone’s house I’ve never been to. I am thinking of disappointments too. When giving and caring felt like pouring love into nothingness. But also situations where out of nothingness I received goodness back without expecting it. Here’s to all this shaping me.

I don’t know where to start about endings. Never until traveling and moving abroad have I experienced goodbyes of this kind. They’re the worst but also the sweetest. Goodbyes you’d see in movies or read about in books. This is to the people I met abroad who made it as easy as possible to part, not knowing how it still affected me. This is to not wanting to leave or not wanting someone to leave. To the realization that one has to face a departing friend or the departing plane. To the wondering whether there will be a reunion, to the hope for it, too.

To Past and Future Reunions

Here’s to reencounters that made happy. Reencounters that were awkward. Seeing those again who inspired or touched. This is to reunions because even though the thought “We’ll never see each other again (anyway)” often dominates, they still happen. And when they do, they leave another sweet trail of memories. Here’s to future reunions with people I met abroad where connections will be remembered and felt. Where there may be lots of laughter and perhaps a tear or two. Where the time spent together again will be appreciated and cherished. And always remembered.

Here’s to being human. 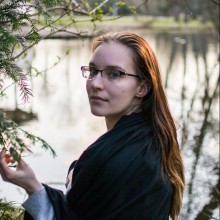